When we think about plastics and waste in the food industry, there are some obvious culprits. Drink holders, cellophane, disposable utensils, plates and trays for TV dinners, even the wax wrapping paper on burgers to-go has to go somewhere. There’s waste involved every step of the way in the meat industry, and some of that waste can, rarely, end up in the meat itself.

Imagine this: You’re hungry. Maybe you already ate, you were thinking about health and environmental impact so you ate a fresh salad. But now you need something else. Something that will guarantee satiation and bring on an immediate reaction to satisfy your mouth. You don’t care if it’s unhealthy or inefficient, you want a burger.

So you go out and pick one up. From anywhere, and for probably cheaper than the salad overall. And it’s got lettuce so hey, extra vegetables, right? No regrets. Then you bite in, and pull something out with the meat. It’s too tough to be a pickle, too thick to be lettuce, and too stringy to be an onion. Also, it’s part of the meat.

You spit it out and sift through the half-chewed wad to find some kind of rubber circle, just part of the patty like it belonged there, and you know it didn’t. It’s not edible, it’s not even a proper color. It’s just a foreign object interjected into your burger by mistake.

As recently as December of 2019, the USDA issued a recall on 16,000 pounds of beef due to the presence of specific and noticeable plastic objects inside of the food. No, not the Super-Yellow American “Plastic” Cheese in some pre-made burger patties. Harmful, miniscule pieces of plastic, chipped off from machines or cut out of preparation stations, got mixed in and forced a recall from a notorious and repeated offender food production company.

It wasn’t the biggest incident of such a recall for the same reason. Whether it’s from the rush to fulfill the non-stop expansive demand for more meat products or a dangerous failure from unsafe equipment, contaminants in meat are responsible for dozens of recalls every year in the tens of thousands - or more - pounds of meat. Just one recall alone had 130,000 pounds of meat products sent back and disposed once it was discovered it could contain plastic. 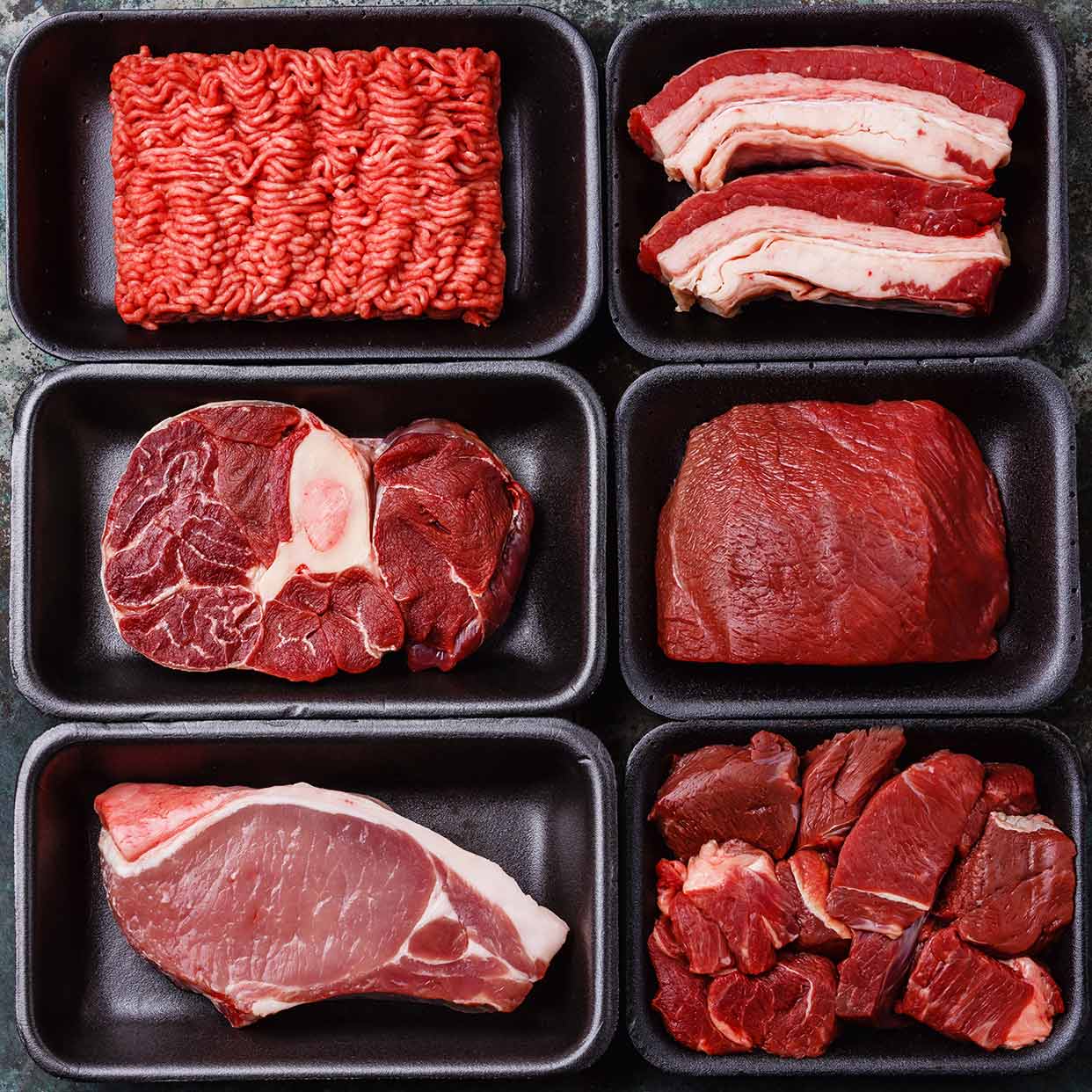 In the ever increasing sprint to satisfy an expanding consumer base and provide marketable choices for paying customers to have, mistakes will often be made. Drinks will be spilled, plates will be dropped, millions of dollars will be lost in potential revenue and wasted man hours producing unsellable meat that is rife with indigestible contaminants. Things happen.

That’s not all the waste that meat produces. The ways of sustenance farming and the nobility of Native tribes have been forgotten by the factories. Not everything gets eaten. Nearly a third of all food produced is not sold and not eaten. It is disposed of as it starts to rot and all of the profits sink away from the hands of those who sent it out to be neglected. Of that percentage, 30 percent is in meat, poultry and fish. It is the majority leader by over 10 percent.

The problem is the very economic model. Supply and demand. When a demand is established, a supply will come up to fill it. Over time the demand will lessen as more of it is met and supply will follow. However, that’s not how major businesses operate. They don’t sell to one person at a time. In order to function, they have to sell to millions of people at once.

So, the demand is estimated, and a supply is generated to fill it, even if it’s not quite there. Then, demand has to rise to meet the expectations of suppliers, instead of the other way around, leading to shelf after shelf of unsold, discounted, and then disposed beef and poultry that is passed over either out of choice or a concern of the mostly arbitrary “Sell By” date on the packaging.

And speaking of the packaging, how much plastic goes into those supermarket displays and wrappers? Where I’m from, meat is packaged on styrofoam trays wrapped over with tight plastic that’s bunched up along the bottom to create a seal. Unless you get it cut directly at a deli counter, where it’s wrapped in paper and then stored into a plastic bag. No matter what, we come back to terms with the repeating presence of plastics.

As terrible as it is to throw away any uneaten food, once it starts to rot it’s already gone. Most grocery store chains in America don’t do that, though. They just throw it out arbitrarily to make room for newer cuts that just came in. They don’t order stock as it depletes, they order in bulk and cycle it out. They don’t donate or redistribute or send the meat to a place where it can be processed and utilized even for cheap feed. It’s just in the dumpster, wrapper still on. At least the meat will degrade. The rest of the packaging will stay for centuries, at the least.

All of that is awful, and still none of it is quite as bad as the real waste going on. The billions of gallons of drinking water used every year that goes into the agriculture industry to make the meat that gets thrown away. The amount of resources, man power and land required to grow beef of all kinds, from the pathetic and unethical factory farms even to the wide open fields of organic pastures is staggering, and nearly a third of it all is just dirty water that was made for nothing. Those burgers don’t reach a single hand or stomach.

The looming threat of a garbage crisis joining the table of other society-collapsing dangers to the planet is not to far away, and the early tossing of meat and the associated byproducts of its production only serves to accelerate that catastrophe. The worst part is, there are absolutely solutions that can cut back on the refuse of spoiled meat and excessive degree of production.

While it’s not a permanent solution, and some puritans of quality would deject the notion, freezing meat can help it last for extensions of months, and even potential years. As long as refrigeration and freezing is available, the meat can just be stored and kept on ice until a time when it is needed. In the future, it might not be rare to see certain cuts of beef put up in the same place as the frozen pizzas on sale.

The less meat we throw away and learn to preserve or reutilize, either by freezing it or cooking it into new, prepared foods, the less trash it will generate. The problem of meat refuse ultimately comes to the consumer’s choice. They either will or won’t buy meat on certain days. Diets, cost and just fickle last-second decisions dictate the customer’s hands more often than conscious decisions and the reflection of the impact a simple cash transaction can have on the planet.

Finding a balance between the overproduction of meat and the constantly shifting demand by consumers is key to stopping the hard work and already highly wasteful process from generating even more waste. As it stands all farms may as well take one third of their livestock and release them to the wild. Anything they could have become would be wasted on us. At least they could feed some animals that would be courteous enough to pick their bodies clean down to the bones.

But if that reality is too uncomfortable to consider, we really just have to try and regulate things better. Dial back the production of meat, just a bit, and see what happens. It won’t make a shortage or any famines anytime soon, not in the developed countries at least. Or, perhaps incentivize grocery stores to donate unsold meat to communities that cannot afford decent food, if any, or to other companies that can reuse it to make charitable products like canned soups for the needy.

Waste not, want not. The less we make, the more we’ll use, and the efforts will be more worth the while.