When you hear or see someone coughing in public, chances are they have an illness. It could be something minor like a personal cold or it could be much more dangerous. Regardless, there are ways to prevent contagion in public that are discrete and simple. Hand wipes, antibiotic ointments or simply creating distance.

But what if you were next to that person, packed in so tight that you couldn’t move an inch any direction? And you can feel their hot breath hitting you. They cup their hands to block it, but it’s not enough and you just know all that hot air is carrying some kind of biological agent your body will reject with a self-destructive fury. You could get sick for doing nothing wrong but being near someone else.

Now imagine that scenario but everyone is a cow. They’re all confined in tight places and can’t move around. One cow gets a cold and sneezes into its food tray that never moves and constantly churns out a nutrient-rich cud for it to slowly chew so it can get fat. Which of course means the sickness is re-entering its body.

But then another cow sneezes. And another, and another. This is how the swine flu epidemic years ago occurred. A few sick pigs were mixed in with a massive group of healthy pigs in the cramped factory farm grounds they all had to share together. The healthy pigs all got sick and the humans working nearby picked up the disease which accommodated itself inside of them.

This is the scenario antibiotics are designed to prevent. Keeping livestock healthy is one of the topmost priorities for farmers. Especially in factory farms, where the conditions for animals are already pretty poor, one sick cow could mean 100 early deaths that will never reach a marketplace.

Strict testing and guidelines are put in place regularly to ensure that all meat produced and sold in America is taken with the greatest amount of concern for bacterial safety. The native bacteria in the guts of animals is vastly different from the natural order of symbiotic balance in our own bodies. One imbalance can send the whole human machine toppling. 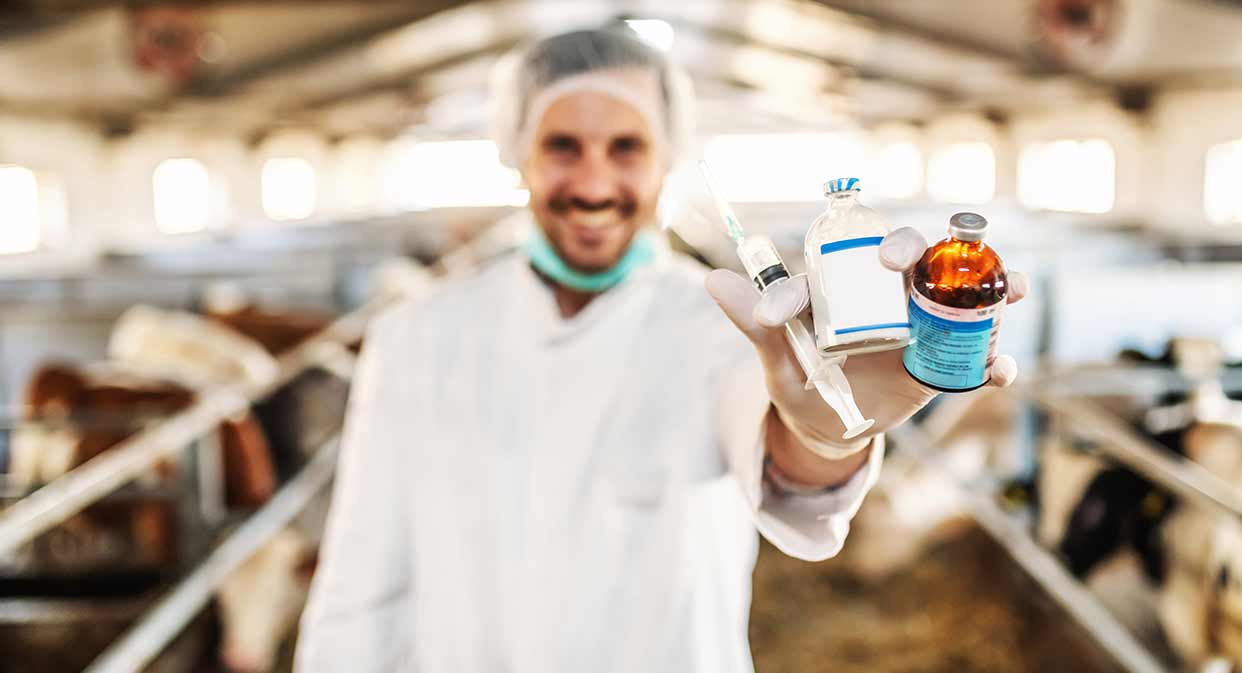 Everything should be working as intended. Livestock eat food with antibiotics to fight off sickness-inducing germs, resulting in healthy meat, and healthy servings. No sickness from animal to animal, and nothing to get sick from on the average consumer’s plate. However, all living things have the same drive for survival, and the same function of adaptation. Bacteria is no exception.

Antibiotic resistance fosters new strains of illness causing germs which then spread on from animal to consumer. As a result, new antibiotics have to be introduced, as well as new dosages. No matter how carefully the doses can be prescribed and regulated, eventually there will be too much, and the composition of the antibiotics will compromise the animal’s body down to the meat. They’ll be too healthy, and their medicine is not healthy for us.

The process itself is already a threat to humans. Newer, more powerful variations of diseases have been on a constant uprise due to the overreliance and use of antibiotics. The common cold isn’t incurable because it’s a Superman of germs, but because it’s adapted countless times to what can kill it so that it can survive. It’s a living thing. It hurts us, but it doesn’t know that. The cellular organisms are just fighting as hard as we fight against them.

The cocktails of antibiotic medicine meant to also encourage rapid growth, the dreaded growth hormones, also influence the edibility of meat. Those hormones stay in the meat, deep in the genetic structure of the animals that have grown resistant to disease control and have adapted to the influx of new chemical reactions that influence the changing of their bodies. Those changes pass on to us.

We are what we eat. If we eat something sick, we’ll become sick. If we eat something that’s been genetically modified to grow up faster at the expense of a shorter lifespan to preserve muscle and fat growth over shorter periods of time, something will go wrong with us, too. The antibiotics are just the first step in the collapse of safety. Ironically, they’re what leads to some of the least safe farming practices in the meat industry.

Epidemics can occur from less effort. The unfortunate reality is that the problem is born from the solution to another, arguably more pressing problem. The proximity of factory farms is what leads to the most rapid spread of disease, but free range and pasture farms have the same issue. If a cow sneezes into the grass, and another cow eats there, it creates two sick cows, and then accident after accident can leave a whole herd to be culled prematurely. 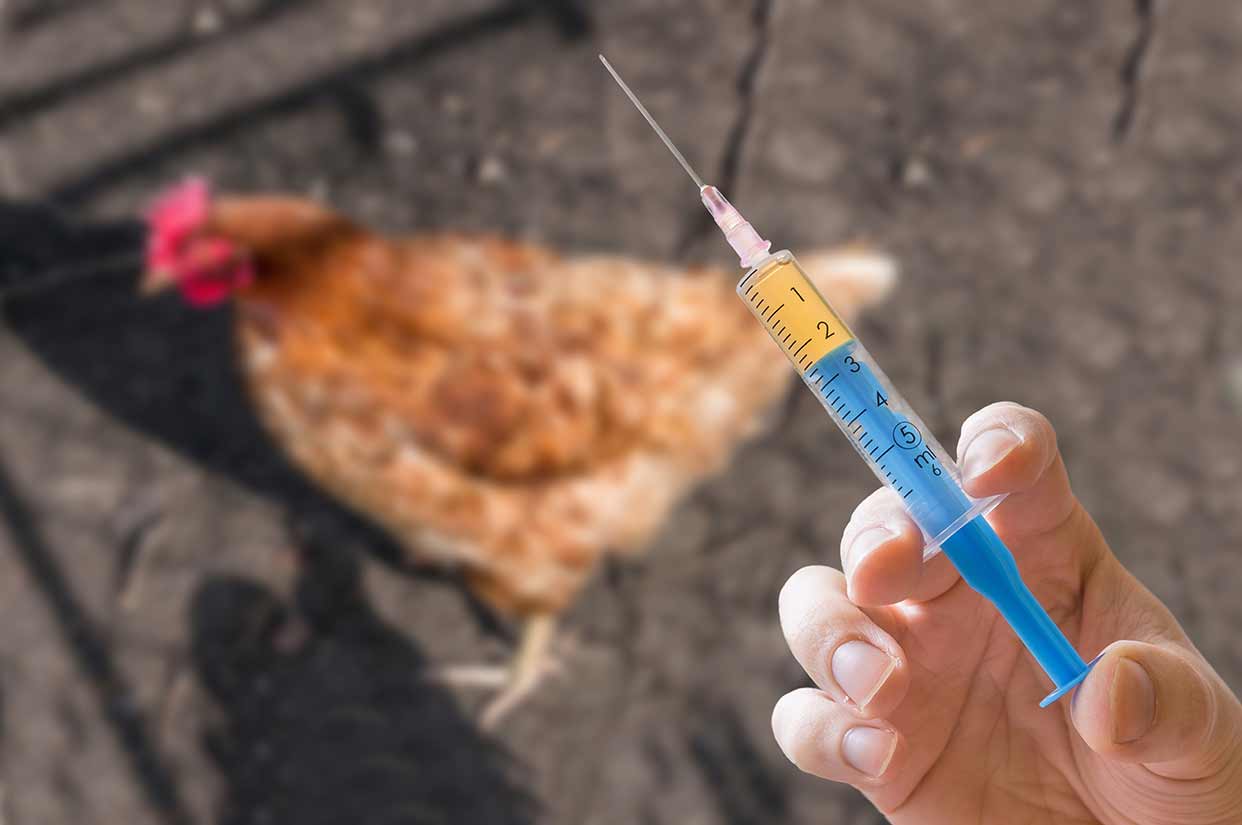 It’s thanks to the strict and heavily enforced regulations that such incidents aren’t nearly as common as they could be. All meat has to be tested for safe levels of antibiotics. Anything that’s basically detectable after the butchering process is disposed of. There is so little evidence remaining in most meat that gets to the store that it has no effect.

It’s the one bad apple that spoils the barrel, or sick pig that spoils the farm. In a modern infrastructure, a sick animal means a resistant disease. It’s more dangerous to know an animal or group of animals have come down with a shared illness in developed world agriculture because based on the number of steps meant to prevent it in practice it shouldn’t be possible. It’s like flooding a house to constantly stop a fire from catching, but there’s still smoke coming up from somewhere.

The safest way to prevent such mass infections is to stop the practice of factory farming outright. Even if the animals are fed nothing but medicated slop to keep them healthy and genetically destabilized in productive, profitized ways, life finds a way to inject itself where it shouldn’t go. Allowing such places to control the majority flow of product is asking for a new epidemic to emerge in the meat eating populace.

Organic farms offer their own solutions. They immunitize their cows as mandated by the government powers that oversee them, but beyond that they just keep the cows clean, healthy and separated when necessary. They won’t let a sneezing cow mix in with the herd, they’ll properly treat it and, if necessary, cull it to prevent the spread. If it’s done fast enough, no fallout will occur.

There is one sure-fire solution to preventing the potential spread of resistant bacteria to humans from meat, however. And, for sure, it’s gotta be Fire. Proper cooking and hygiene will cut back on basically all potential risks to the human body from any animal-specific pathogens. It may mean cooking red meat a little less red but it’s worth it not to contract the latest case of Cow Cold.

Contrary to some notions of belief, there is no real merit to “Antibiotic-Free” food labels. All food, at least in the US, must undergo some level of antibiotic testing to ensure the animals have been properly cared for and routinely checked up on post-processing.

There is always some minor amount of antibiotics to be found in meat. However, it’s often so minor that it evaporates in the pan. So there’s no need to pay the extra amount per pound, but there are certain brands more liberal than others when it comes to the medical practices on their animals. It’s less about what’s in the meat than who’s raising it and in what conditions.

Be safe and smart with meat and there shouldn’t be any problems. It’s the same thing with being safe and smart around humans. If you can’t escape someone coughing near you, you can turn away, shield your mouth, use sanitation techniques and products to make sure you’ve prevented as much entry as you can, and practice general good health living.